Don’t we all love rituals?

After all, what are seasonal holidays—for that matter, let’s include birthday celebrations—if not rituals?

Rituals are predictable, occurring with some sort of regularity. They generally follow some sort of ordered structure. Rituals can be somewhat complex, (like a church service or Passover seder,) or more simple (like gathering for 4th of July fireworks, or putting on Halloween costumes and trick-or-treating.)

Rituals are designed to bring people together, creating a sense of belonging. Even rituals that don’t happen regularly in our lives (proms, weddings, graduations) have predictable elements. The fact that rituals are predictable makes them inherently familiar.  And it is in the familiar that we often find comfort.

New Year’s Eve is filled with rituals. Many people attend parties, counting down to the stroke of midnight as a group, popping corks, and toasting champagne. Some locales offer firework displays, or public street gatherings to watch the ball drop. People sing “Auld Lang Syne.” And many people make resolutions on New Year’s Eve, promising to make major, positive changes in their lives at the dawn of the coming year. While I believe most rituals are, positive, enriching things, it is this last ritual—the New Year’s Resolution—that I whole-heartedly believe we’d be better off without.

THE TRUTH ABOUT NEW YEAR’S RESOLUTIONS

Once the celebratory confetti has long been swept up, New Years’ Resolutions do not have a particularly good track record. In fact, while around 40 percent of Americans make New Year’s resolutions, just under 10 percent of them are successful in keeping these resolutions. It is not only their fallibility that I have a problem with. It is the aftermath that I find most distressing. Many people (perhaps the majority of people) set themselves up for failure by committing to resolutions that are too ambitious or unrealistic. Two-thirds of New Year’s “Resoluters” give up within the first month, often by January 19th.

A plurality of resolutions have something to do with food, diet and fitness. The truth is, though, it’s unrealistic for people to do something like completely revamp their diet and exercise routines literally overnight. Such overwhelming lifestyle alterations are extremely difficult to maintain and fated to fail most of the time. People unable to live up to the very major changes that had just seemed so important to them tend to feel discouraged and defeated over letting themselves down. What started out as enthusiastic motivation may deteriorate into feelings of self-doubt and, ironically enough, loss of motivation.

Additionally, despite the grand gesture of throwing the old calendar away and starting a brand new one, there is still something kind of arbitrary about making resolutions at the beginning of the year. I mean, who says that anyone would be any more ready or willing to make major life changes on January 1st than they would be on March 7th or August 19th?

Anyone who knows me knows that I consider flexibility a critical life skill, especially when it comes to improving our relationship with food. So I find it concerning that New Year’s resolutions tend to call on an “all or nothing” mentality. For example, people may resolve to totally stop eating what they consider junk food, but the first time they slip up and have a cookie, they may feel like they have failed and eat the whole box of cookies and give up on their resolution entirely, ashamed and angry at themselves.

Making an I’ll-make-big-changes-starting-on-January-first commitment puts a lot of pressure on a person. (It also encourages last-minute irresponsibility and binges before that date.) How about instead of committing to rigid, inflexible goals, we start making gentler, more sustainable changes right now? Like honoring our bodies, and losing those inflexible, all-or-nothing diet rules.

By all means, feel free to embrace positive nutrition principles like regularly eating greens, or drinking enough water. But it’s time to let go of the inflexible thinking that insists some foods are always bad and others are always good. I encourage everyone to feel comfortable with the “All Foods Fit” model and embrace Intuitive Eating; that is, to listen to what the body calls for. We should each love our individual body for what it is, and not follow diet-culture assumptions of how a body should look.

With all that in mind, my New Year’s Resolution will be an easy one to keep. I resolve to not make one.

And I invite you to join me.

Then we all might have…  a Happy New Year! 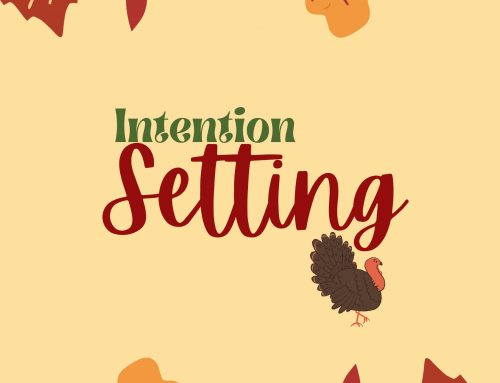 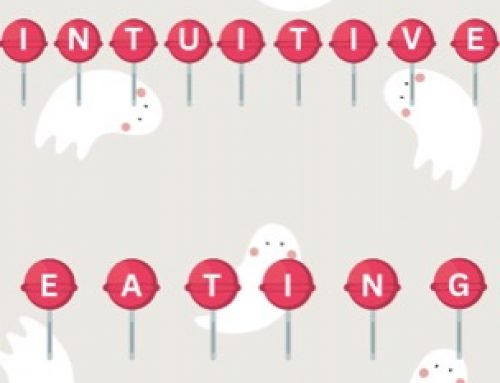 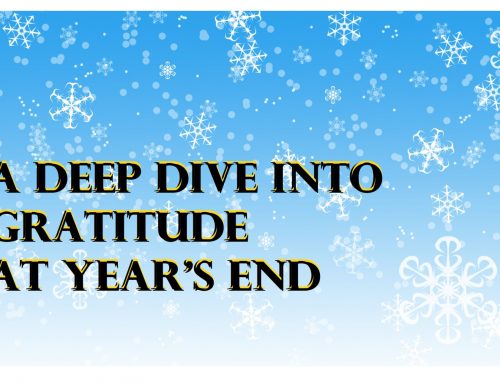